Desktop Central supports the managing of computers in a distributed setup like branch or remote offices (WAN) and for mobile users, for example sales persons who are constantly on the move. 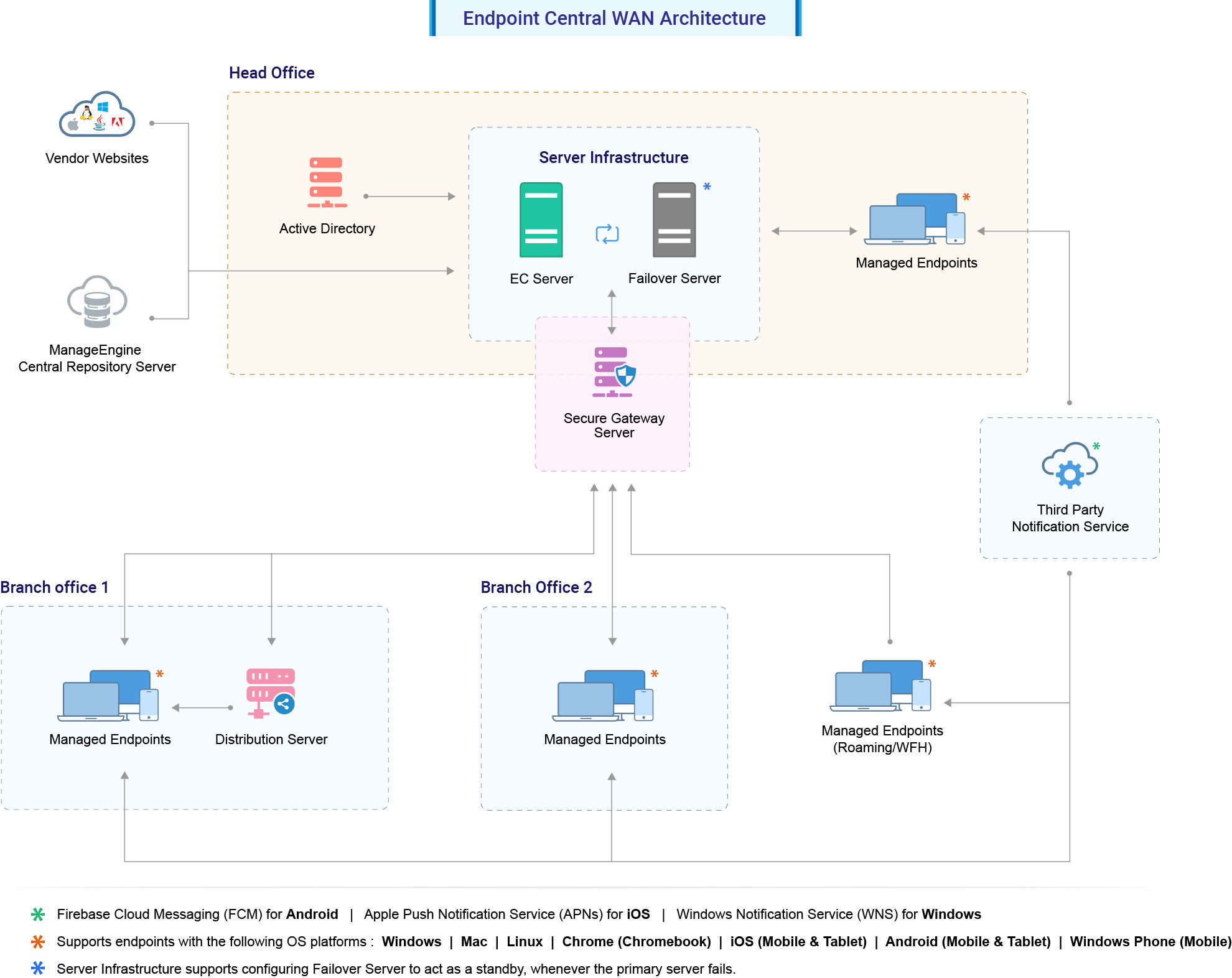 The advantages of using the WAN architecture of Desktop Central include the following:

The WAN architecture of Desktop Central comprises the following components:

The Server acts as a container to store the configuration details and, upon request, provide the instructions to the agents. It is advised to keep the Desktop Central server always running to carry out the day-to-day Desktop Management activities.

Desktop Central Distribution Server is light-weight software that is installed in one of the computers in the Branch Offices. This agent will communicate with the Desktop Central Server to pull the information for all the computers in that branch. The agents that reside in the branch office computers will contact the Distribution Server to get the information available to them and process the requests.

Agents can be installed either manually or using a logon script in all the branch-office computers that are being managed using Desktop Central. This task is a one-time task. Upgradation of agents is done automatically. Desktop Central offers two options to help administrators manage computers across a WAN. The option that you choose depends on the number of computers you are going to manage at your remote office. The options available, enable you to use either of the following:

The Web console of Desktop Central provides a central point from where an administrator can manage all the tasks that are related to desktop management. This console can be accessed from anywhere. For example, it can be accessed through a LAN, WAN and from home using the Internet or a VPN. Separate client installations are not required to access the Web console.